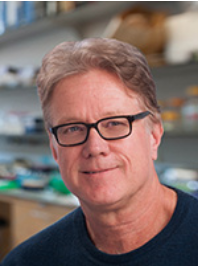 Engineered gene circuits: From clocks to tumors and small ecologies

For synthetic biology applications, intracellular variability is a major obstacle to the fidelity required for programming cells. A major theme in our research has been to investigate how determinism can arise from the synchronization of a large number of cells. I will review our basic approach to synchronization within the context of engineered bacteria that can be used to safely produce and deliver therapeutics from within solid tumors. Specifically, we have engineered a clinically relevant bacterium to lyse synchronously at a threshold population density and to release genetically encoded cargo. Following quorum lysis, a small number of surviving bacteria reseed the growing population, thus leading to pulsatile delivery cycles. We have extended this approach to small ecologies, whereby engineered periodic lysis can lead to ecological stability and generate interesting drug delivery schemes. Our current work explores how a small number of interacting species behave when constrained to grow on a surface as opposed to a well-mixed culture. It is known that non-hierarchical competitive dynamics, such as cyclical interactions, can sustain biodiversity. We have rationally designed a minimal microbial community with three strains of E. coli that cyclically interact through (i) the inhibition of protein production, (ii) the digestion of genomic DNA, and (iii) the disruption of the cell membrane. We find that intrinsic differences in these three major mechanisms of bacterial warfare lead to an unbalanced community that is, counterintuitively, dominated by the weakest strain. This work represents our first steps to probe the complexities of small engineered ecologies in environments that begin to approximate solid tumors.

Dr. Hasty's research focuses on the construction and utilization of synthetic gene circuits for dissecting, analyzing, and controlling the dynamical interactions involved in gene regulation. Jeff Hasty received his Ph.D. in Physics from the Georgia Institute of Technology in 1997, where he worked with Kurt Wiesenfeld . He was a postdoctoral fellow with Jorge Vinals at the Supercomputing Research Institute, and a postdoctoral fellow with Jim Collins in the Applied BioDynamics Lab at Boston University. Somewhere during his postdoctoral stay at Boston University, he mutated into a hybrid computational/molecular biologist. He is currently at the University of California, where he is a professor in the Departments of Molecular Biology and Bioengineering, and the director of the BioCircuits Institute. His main interest is the design and construction of synthetic gene-regulatory and signaling networks.