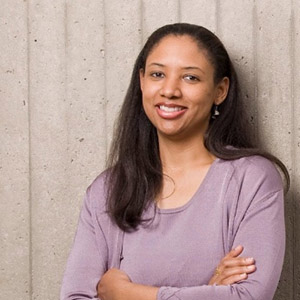 Kristala Jones Prather is an American professor of Chemical Engineering at the Massachusetts Institute of Technology. Her research is focused on using novel bioprocesses to design of recombinant microorganisms for the production of small molecules.

Prather worked at BioProcess R&D and the Merck & Co. labs for four years, working on biocatalysis for the transformation of small molecules and mammalian cell lines for therapeutic proteins. This allowed her to produce drugs with biological processes rather than chemical reactions. She was appointed to the faculty of Massachusetts Institute of Technology in 2004. In 2009, her team created a glucaric acid from Escherichia coli which contained enzymes from three organisms.

In 2014 she was appointed a Fellow Radcliffe Institute for Advanced Study. Today she is an investigator in the multi-institutional Synthetic Biology Engineering Research Center, as well as leader of the Prather lab. She specialises in retrobiosynthesis. These pathways use synthetic DNA, which can be added biological hosts. She has given expert evidence to the National Academy of Sciences on vulnerabilities in biodefense.

Prather is well known for her teaching, mentoring and advocacy. She was profiled on Spellbound, how kids become scientists. Prather is on the advisory board of the Woodrow Wilson International Center for Scholars SynBio Project. She is involved with several initiatives to support students of colour on campus at Massachusetts Institute of Technology.

For details of her research and recent publication, please visit HERE.