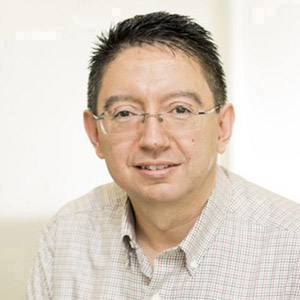 The University of Warwick, UK

Learning to solve problems is central to artificial and living intelligent systems. Although physical and chemical systems mimicking neural connectivity have been shown to solve complex problems, no living system with a synthetic genetic construction has ever been reported to learn complex algorithms such as playing board games — a classic benchmark for artificial intelligence. Engineering a synthetic genetic system in living cells able to learn and play even the simplest board games, such as tic-tac-toe, has remained elusive because it requires not only a set of gene circuits implementing the needed decision algorithms but also an adaptive memory system that can predictably adjust their strength through learning. We will report that engineered Escherichia coli encoding a library of new genetic switches — we call memregulons — that act as both memory systems and logic gates, can learn to produce predictable gene regulation. As the memregulon devices allow the design of gene circuits with predictable behaviour, we use them to implement in living cells a computational algorithm allowing the bacteria to master playing tic-tac-toe by using reinforcement learning. Learning is achieved by persistently modifying the relative expression of memregulons by applying external chemicals after each training game is won or lost, leading to new decisions. Bacteria learn by playing against other players or other bacteria in an unsupervised manner and the same library allows them to learn other types of games or algorithms.

Dr. Alfonso Jaramillo is Professor of Synthetic Biology. After a PhD in Particle Physics (1999), AJ he worked on the computational design of proteins, using molecular modeling techniques. Afterwards, after moving as Assistant Professor to Ecole Polytechnique, he developed computational design methods for metabolic networks, transcriptional networks, and particularly RNA networks. In 2009, after moving to CNRS-Genopole as senior researcher, he started his experimental microbiology lab where he could validate experimentally his computational methodologies. He then developed and used automated microscopy and microfluidics chips for single-cell validations. In 2013, he moved to the University of Warwick as Full Professor, where he is developing new cell-culture bioreactors for directed evolution, which he applies to engineer the first synthetic bacteriophage. He also is developing a novel gene regulation relying on RNA. He has coordinated several Synthetic Biology international consortia and he is co-Editor-in-Chief of BioDesign Research and member of the editorial boards of ACS Synthetic Biology, J. of Biol. Engineering and Life.